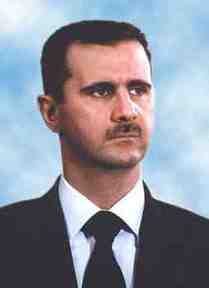 Steve Coll in The New Yorker on Assad:

"Political chaos and continuing violence after Assad seems almost guaranteed. A wide gulf has opened between the exiled political opposition and the commanders of the rebels on the ground; there are tensions between the Muslim Brotherhood and other groupings; and regional militias are establishing themselves as provincial powers. It is not likely that the United Nations or other outside mediators will be able to broker a smooth transition. It may be possible—and it seems as imperative as ever—to use the final crumbling of Damascus as a way to deliver full-scale humanitarian aid, perhaps under a peacekeeping mandate.
Some commentators have compared the conflict to Bosnia’s multi-sided ethnic war, which lasted from 1992 until 1995 and claimed perhaps a hundred thousand lives. Often, the Bosnia comparison is cited to support arguments against international intervention in Syria on the grounds that the war is too complex. But another reading of the Bosnian example is that the United States and European governments overestimated the military and political power of Serbian President Slobodan Milosevic for much too long. They misinterpreted Milosevic’s brutality as strength.
Something similar has taken place in the West during Syria’s uprising concerning Assad. He was always weaker than he looked. At last, we can see that he will go. The time has come to plan for how to support inclusive, stable politics and protect civilian lives when he is gone."

Yes, perhaps Assad and Milosevic were weaker than they looked.

But more important, for quite a few democratically elected leaders in the West these dictators were just convenient. Until Milosevic gambled and lost and until Assad's own population couldn’t bear him anymore.

That quite a few of Assad’s officers defected to the rebels doesn’t mean that they will never torture again.