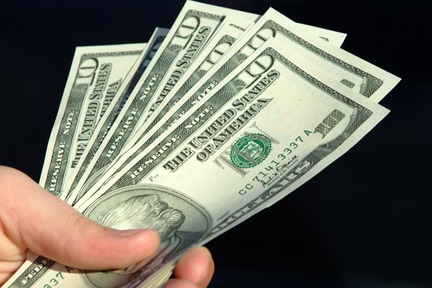 Jeremy Waldron’s reviews Michael Sandel’s book “What Money Can’t Buy: The Moral Limits of the Markets” in The New York Review of Books:

‘Pecunia non olet, we are told. Money doesn’t stink. All it does is open up the way to making exchanges; it’s a liberating medium for connecting one set of preferences to another. But doesn’t money taint the goods it is exchanged for, when those goods have not normally been distributed in the marketplace? It’s hard to generalize, but we can think of some obvious examples. Baby-selling is one. Some people are desperate for children and others would quite willingly list their kids on eBay. But a suggestion some years ago by Richard Posner and a colleague that we might look into the prospect of establishing a market for the adoption of babies to put the demand side into more efficient contact with the supply side struck many people as obscene.1 As the Supreme Court of New Jersey said, when it banned commercial surrogacy in the famous “Baby M” case: “There are, in a civilized society, some things that money can not buy.”2 As with babies, so with sex. Why do we ban, or try to ban, prostitution? The old taboos about unmarried sex have faded but surely it remains illegal because we think that the selling of sex degrades the meaning of ordinary unmonetized intimacy between two people as the consummation of their love. And this tainting of an activity applies also to goods of the spirit. At the beginning of the sixteenth century, a man could go to a prostitute and then pay the church for remission of some of the punishment waiting for him in the hereafter. “When money in the coffer rings, the soul from purgatory’s fire springs.” But isn’t contrition tainted when redemption is purchased in this way?’

For example: why is having a temporary tattoo on your forehead more degrading than being a model walking the runway? At what point exactly becomes working for a wage degrading? Mr. Sandel doesn’t even try to answer these questions.

Some of the shortcomings are noticeable in Mr. Waldron’s review as well.

Is the fact that prostitution exists really degrading for a married (or unmarried) couple having sex or as Mr. Waldron puts it “unmonetized intimacy”? Isn’t it important to at least acknowledge that all attempts to ban prostitution have turned out to be rather futile? Can we be sure that sex outside the world of prostitution is by definition “unmonetized intimacy”? Prostitution has many negative side effects, think of women trafficking, but I would say that these negative side effects are mainly caused by the low social standing of the prostitute and the rather ineffective or corrupted protection (i.e. protection by a pimp) she (or he) is receiving.
One could argue that a masseur offers “monetized intimacy” as well but we rarely perceive his work as degrading for the masseur, his clients or a couple giving each other an unmonetized massage.

I could even argue that’s not the fact that money is exchanged for sex that is causing these negative side effects, but our morality which turns prostitution into a criminal act (even there where it is legal, the social standing of the prostitute remains extremely low) instead of perceiving prostitution as the continuation of psychotherapy by other means.

To avoid misunderstandings: I’m not saying that legalizing prostitution is the solution, I’m arguing that the belief that buying sex is by definition degrading for all people involved in the transaction is not a profound thought, especially not as long as you believe that cleaning dishes for the minimum wage (or less) is a blessing of capitalism in disguise.