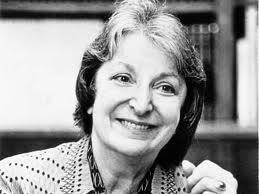 A friend alerted me to A Critic’s Manifesto by Daniel Mendelsohn:

‘In the nineteen-seventies, when I was a teen-ager and had fantasies of growing up to be a writer, I didn’t dream of being a novelist or a poet. I wanted to be a critic. I thought criticism was exciting, and I found critics admirable. This was because I learned from them. Every week a copy of The New Yorker would arrive at our house on Long Island, wrapped in a brown wrapper upon which the (I thought) disingenuously modest label NEWSPAPER was printed, and I would hijack the issue before my dad came home from work in order to continue an education that was, then, more important to me than the one I was getting in school.
I learned. I learned about music, particularly opera, from the fantastically detailed reviews by Andrew Porter, the music critic—mini-essays so encyclopedic in their grasp of this or that composer’s oeuvre, so detailed in their descriptions of the libretto and score of the work in question, from Mozart to (a great favorite of his, I distinctly recall) Michael Tippett, that the review could be half over before he got around to talking about the performance under review. But this was the point: by the time he described what he’d seen on stage, you—the reader—had the background necessary to appreciate (or deprecate) the performance as he had described it. I learned about other things. Thanks to Helen Vendler, who in those days regularly contributed long and searching essays about contemporary poets and their work, I began to think about poetry, its aims and methods; and perceived, too, that good poetry ought to be able to withstand the kind of rigor that she brought to her discussion of it. (In those high-school days, we thought that poetry was pretty much anything about “feelings.”)’

Mendelsohn explains that a critic is more than a tool of the marketing department (five stars! Must-read) – the critic is a teacher.

“By dramatizing their own thinking on the page, by revealing the basis of their judgments and letting you glimpse the mechanisms by which they exercised their (individual, personal, quirky) taste, all these critics were, necessarily, implying that you could arrive at your own, quite different judgments—that a given work could operate on your own sensibility in a different way. What I was really learning from those critics each week was how to think. How to think (we use the term so often that we barely realize what we’re saying) critically—which is to say, how to think like a critic, how to judge things for myself. To think is to make judgments based on knowledge: period.
For all criticism is based on that equation: KNOWLEDGE + TASTE = MEANINGFUL JUDGMENT. The key word here is meaningful. People who have strong reactions to a work—and most of us do—but don’t possess the wider erudition that can give an opinion heft, are not critics. (This is why a great deal of online reviewing by readers isn’t criticism proper.)”

Yes, we need critics to teach us how to think.

A while ago an editor at a Dutch weekly told me that the readers loved very short reviews, because they could get all the information they needed without losing much time. But for example these detailed descriptions Andrew Porter offered his readers are impossible in articles of less than 300 words.

Taste without knowledge is a waste of time.

And we tend to mistake strong reactions for meaningful reactions.