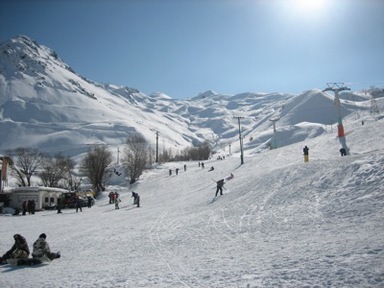 More on the Iranian poker game:

‘Here is a less speculative assessment: In the Iranian poker game, which they are playing primarily against Washington, Netanyahu and Barak raised the stakes a few weeks ago. From Haaretz's interview with "the decision maker," aka Barak, to the leaks of classified information regarding the dialogue with the United States, Netanyahu and Barak have been ratcheting up the pressure. But they appear to have overplayed their hand.
The result has been a tougher American stance that has led Israel to calm down a bit, as reflected in recent reports that Barak has changed his mind and now opposes attacking at this time. Thus many officials now believe an attack is not as inevitable as it previously seemed.
Yet the disagreement between Jerusalem and Washington over Iran has become even more fraught, and the issue of American support for Israel has consequently gained prominence in the U.S. presidential campaign. Over the long run, this is liable to be a serious mistake.’

My bet: no war with Iran this year.

In other words, it’s safe to go skiing in Iran this winter.