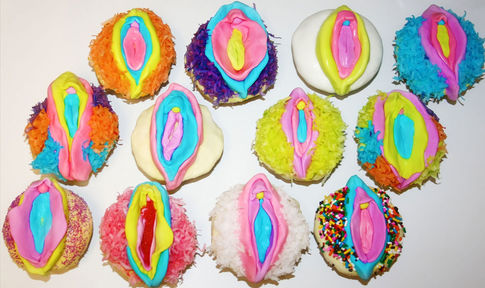 Lauren Sandler in the Times on bad reviews and vaginas:

'“Who gets to say it? Who gets to own it? Who gets to say what happens to it?” Naomi Wolf is talking about her vagina. So are scores of other people, though they are mainly talking about “Vagina,” her new book, and the talk has been nearly universally damning.
“A shoddy piece of work, full of childlike generalizations and dreary, feminist auto-think,” wrote Zoë Heller in The New York Review of Books. Ariel Levy asked in The New Yorker, “Is it going too far to say that Ms. Wolf’s book, which clearly belongs to the same realm of the erotic imagination as the Grey trilogy, is itself a kind of pornography?” Meghan Daum wrote in her column in The Los Angeles Times that “Vagina” is “bad news for everybody who has one,” while in her 2,700-word excoriation in The New York Times Book Review, Toni Bentley called it “scattered” and “humorless.” About the only solid defense of the book seems to come from a yet-unpublished piece to which Ms. Wolf alerted this reporter, in the British lesbian magazine Diva (“truly liberating,” wrote its author).
Is this the fall of the onetime angel in the house of feminism, or is Ms. Wolf restoring sex to the country’s ongoing conversation about gender-wide frustration? A few days after reviews began appearing, Ms. Wolf set sliced bananas and strawberries upon a coffee table (cut fruit had never before looked so vulval) and took a seat on the deep, plush couch in the yellow-painted living room of her sunny West Village apartment. She was wearing a flowing black wrap over a loose knit tank, tan strappy heels and a tight smile.
“I’m a big believer in debate and difference of opinion,” she said of the critical roar. No doubt this is true, as Ms. Wolf courts debate weekly in the column she writes for The Guardian, as she has with her seven previous books. The Rhodes scholar who two decades ago wrote in “The Beauty Myth,” the book that made her a media star, that “it does not matter in the least what women look like as long as we feel beautiful,” is herself as gorgeous as ever, two months shy of her 50th birthday.
She said she thinks of “Vagina” as the last in a quartet, answering questions about science, anatomy, freedom and pleasure that she also addressed in “The Beauty Myth” (1990), “Promiscuities” (1998) and “Misconceptions” (2001). And like those last two books, which were inspired by her struggles with coming of age and motherhood, respectively, she draws from her sex life in “Vagina” to talk about how women are starved of the kind of pleasure they want.
“It’s not about hot sex, it’s about not being taken for granted,” she said. “These things are related. I now understand why I don’t want to make love if the house is messy.”'

'In England, the book is already No. 7 on one best-seller list, despite negative press. Sales figures are not yet available in the United States, where this year State Representative Lisa Brown, a Democrat, was censored for saying “vagina” in the Michigan House of Representatives, and where more recently, Representative Todd Akin, Republican of Missouri, ascribed powers to female anatomy that he said could suppress the sperm of a rapist.
Both events, Ms. Wolf said, deeply affect women’s individual sexual health.
“This is a time in which everybody is on the verge of a global awakening from a certain kind of torpor,” she said, eyes sparkling. “That’s why there’s this doubling down on the power struggle over the vagina. But this is a moment for women. We are going to have to reclaim the vagina as central to everything.” Whether or not that happens, many people certainly will be talking about vaginas at this weekend’s dinner parties, and perhaps soon they won’t talk just about Naomi Wolf’s.'

I don’t have a vagina, but when Ms Wolf says that “We are going to have to reclaim the vagina as central to everything” I’m on her side.

And when she says that she doesn’t want to make love when the house is messy I’m on her side as well.