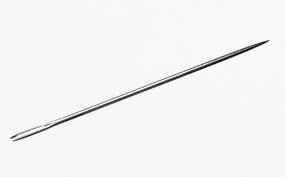 Anahad O’Connor in the Times on mistakes and forgetfulness in the operating room:

‘On an overnight shift in 2005, Sophia Savage, a nurse in Kentucky, felt a crushing pain in her abdomen and started vomiting.
The next day she underwent a CT scan, which led to a startling diagnosis: A surgical sponge was lodged in her abdomen, left behind, it turned out, by a surgeon who had performed her hysterectomy four years earlier.
Ms. Savage’s doctor ordered immediate surgery to remove the sponge.
“What they found was horrific,” Ms. Savage said. “It had adhered to the bladder and the stomach area, and to the walls of my abdominal cavity.” The festering sponge had spread an infection, requiring the removal of a large segment of Ms. Savage’s intestine. She sued the hospital where the hysterectomy had taken place, and in 2009 she won $2.5 million in damages. But the award has been appealed, and her life has been in tatters. Suffering from severe bowel issues and unable to work, Ms. Savage, 59, has been racked by anxiety and depression. Most days, she said, she cannot bring herself to leave home.
“I never dreamed something like this would happen to me,” she said.
Every year, an estimated 4,000 cases of “retained surgical items,” as they are known in the medical world, are reported in the United States. These are items left in the patient’s body after surgery, and the vast majority are gauzelike sponges used to soak up blood. During a long operation, doctors may stuff dozens of them inside a patient to control bleeding.
Though no two cases are the same, the core of the problem, experts say, is that surgical teams rely on an old-fashioned method to avoid leaving sponges in patients. In most operating rooms, a nurse keeps a manual count of the sponges a surgeon uses in a procedure. But in that busy and sometimes chaotic environment, miscounts occur, and every so often a sponge ends up on the wrong side of the stitches.’

A former girlfriend of mine once was afraid that a doctor in Germany left a needle in her arm, but later we found it on the floor.

And a couple of years ago I spoke to a man who claimed that the CIA had installed a listening device in his head.
When I asked him “how on earth did the CIA managed to do that?” he answered: “My dentist did it.”

We should trust that surgeons leave sponges and needles by mistake in the bodies of their patients.