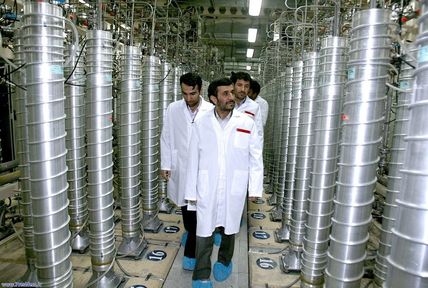 A friend alerted me to this article by William J. Broad in the NY Times:

'Advocates of airstrikes on Iran’s nuclear facilities have long held that the attacks would delay an atom bomb for years and perhaps even buy Israel enough time to topple the Iranian government. In public statements, the Israeli defense minister, Ehud Barak, has said that an attack would leave Iran’s nuclear program reeling, if not destroyed. The blow, he declared recently, would set back the Iranian effort “for a long time.” Quite the opposite, say a surprising number of scholars and military and arms-control experts. In reports, talks, articles and interviews, they argue that a strike could actually lead to Iran’s speeding up its efforts, ensuring the realization of a bomb and hastening its arrival.
“An attack would increase the likelihood,” Scott D. Sagan, a political scientist at Stanford University’s Center for International Security and Cooperation, said of an Iranian weapon.
The George W. Bush administration, it turns out, reached an even stronger conclusion in secret and rejected bombing as counterproductive.
The view among Mr. Bush’s top advisers, recalled Michael V. Hayden, then director of the Central Intelligence Agency, was that a strike “would drive them to do what we were trying to prevent.”'

As I said before, I believe that the fear of an Iranian bomb is greatly exaggerated.

But if we really want to upset all of the Middle East we should bomb Iran. A Kurd once told me: “It will take another World War to change the borders in this region.”