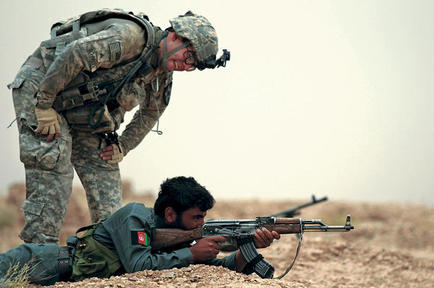 Tonight, during the debate Mr. Romney declared that the surge in Afghanistan has been successful. (Rather ironic, after all it was Obama’s surge.) But in Monday's NY Times David E. Sanger and Thom Shanker wrote:

‘A senior military official said that before the troop increase there were roughly 2,000 insurgents moving regularly across the mountainous border between Afghanistan and Pakistan. And after the increase was over, he said, there are still about 2,000.’

And: ‘Then there is Pakistan. Even the biggest enthusiasts of the troop increase — those in the military and the White House who maintain the Taliban have been rolled back — concede that Pakistan was a place where almost nothing worked. “Offering them a new, steady source of aid doesn’t give us much leverage,” one White House official noted in a recent interview, “and threatening to cut off aid doesn’t give us much, either.”’

It’s a safe bet to say that the surge didn’t work.

And now we know that in Pakistan nothing works. Well nothing, almost nothing.