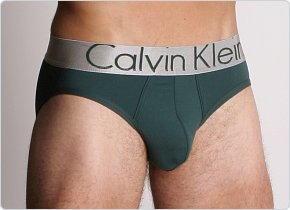 ‘Wallace uses the term Image-Fiction for this kind of writing, and he argues that, while it is smart and inventive, most of the time it “doesn’t satisfy its own agenda. Instead, it most often degenerates into a kind of jeering, surfacey look ‘behind the scenes’ of the very televisual front people already jeer at….” The problem for these writers is that they render their material with the same tone of irony and self-consciousness that their ancestors, the literary insurgents of Beat and postmodernism, used so effectively to rebel against their own world and context. And the reason why this irreverent postmodern approach fails to help the new Imagists transfigure TV is simply that TV has beaten the new Imagists to the punch. The fact is that for at least ten years now, television has been ingeniously absorbing, homogenizing, and re-presenting the very same cynical postmodern aesthetic that was once the best alternative to the appeal of Low, over-easy, mass-marketed narrative.
Citing numerous examples of television shows and commercials from the 1970s and 1980s (an episode of the hospital show St. Elsewhere about a lonely mental patient who watches too much TV and comes to think he’s Mary Tyler Moore; commercials for Pepsi and Isuzu that make fun of TV commercials and the consumers who fall for them; the whole television-mocking apparatus of Saturday Night Live), Wallace shows how broadcast television mastered and made ubiquitous a certain attitude of knowingness, a winking, ironic mockery of both itself and its viewers.
The challenge for the novelist of the 1990s was to stop relying on an overfamiliar cynical tone that could now say little more than, Hey, isn’t this absurd? You and I are in on it, but what can we do but go along for the ride? “The new rebels might be artists willing to risk the yawn, the rolled eyes, the cool smile, the nudged ribs, the parody of gifted ironists, the ‘Oh how banal.’” Wallace quotes critic Lewis Hyde (writing about John Berryman): “Irony has only emergency use. Carried over time, it is the voice of the trapped who have come to enjoy their cage.” But how does a novelist actually get outside the familiar stance of “self-consciousness and hip fatigue,” as Wallace puts it?’

I like that a lot, irony has only emergency use. I would also add that irony is the natural extension of politeness and a prerequisite for a dialogue.

But apparently to others irony is like an entrance ticket to the world of “hip fatigue”.
Well, there is a whole world outside the universe of hip fatigue. Just turn off the television, stop believing that appearing successful is the only road to happiness and travel to a settlement on the West Bank, join a guerilla movement, become a caretaker for an elderly woman in Florida or go to prison. To name just a few options.