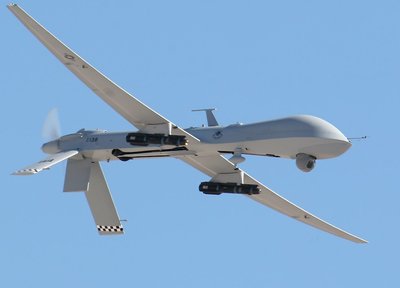 David Cole on drones and extrajudicial killings: ‘What would President Romney do with a drone? The New York Times reported Sunday that this question apparently haunted the White House so much that in the weeks before the election it raced to establish “explicit rules” and “clear standards and procedures” for the use of unmanned drones for targeted killings. It should not be surprising, I suppose, that the administration was less comfortable with someone else pushing buttons to kill people than with its own exercise of that authority. As one candid, though anonymous, official stated, “There was concern that the levers might no longer be in our hands.”’

‘What about each and every decision over the past four years to authorize a remote-control execution, without trial, without charges, without a defense? Surely each of those actions presented the decision makers with an even more urgent deadline: one would think that before giving the green light to such a momentous act, you would want the “clear rules and procedures” to be in place. Yet the Obama administration has evidently seen fit to make hundreds of such life-or-death decisions, and to authorize more than three hundred strikes, without first developing “explicit rules” or “clear standards and procedures.” To be fair, it’s not that there were no rules before. A 2011 New York Times story reported on a Justice Department memo, still secret to this day, that authorized the killing of US citizen Anwar al-Awlaki. And it seems likely that there have been many internal memos along the way; you don’t get one hundred people on a conference call every Tuesday to discuss the “kill list” without generating a paper trail.
The real problem is not that there are no guidelines written down—though the administration itself seems now to acknowledge that what it has is insufficient—but that we the people don’t know what they are. The idea that the president can authorize the killing of a human being far from any traditional battlefield without any publically accessible set of constraints, conditions, or requirements is unacceptable in a country committed to the rule of law. In his first and only speech on security and our national ideals, at the National Archives in May 2009, President Obama insisted that adherence to the rule of law is essential in the fight against terror, and to that end, promised to be transparent about his actions “so that [the people] can make informed judgments and hold us accountable.” Yet after four years and hundreds of killings authorized in secret, the most the president has been able to offer us about the scope of his most awesome power is a handful of vague paragraphs in a handful of administration officials’ speeches, which experts must then parse for clues as to what the rules might actually be. This is more akin to what law looked like in the Soviet Union than to what it should look like in the United States of America.’

(Read the complete article on the NYRB website here.)

Last week Seymour Hersh disclosed (at least it was a disclosure to me) in a Dutch newspaper that the Obama administration never stopped the rendition program, meaning that we never stopped outsourcing torture.
Aside from all moral arguments – are extrajudicial killings and rendition going to make us safer?

In the movie “Once Upon A Time in The West” one of the characters says: “ “I kill for money, but because you are my friend, I kill you for nothing.” We can say: “We kill you because we wanted to test our new weapons and we don’t want to appear weak on terror. Actually, we killed you because we wanted to win the elections.” This is not to say that extrajudicial killings should never be allowed, but as soon as a state starts with extrajudicial killings it becomes a slippery slope.

As David Cole rightly points out: the rules of the game are not known to the public.