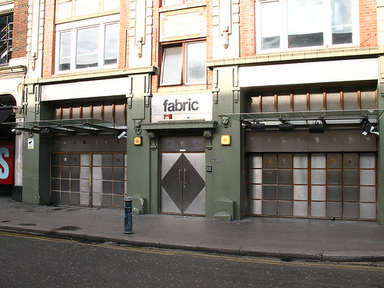 Zadie Smith on joy in NYRB, an article that is very much worth reading:

‘The uncertain item is the nightclub, and because it was essentially a communal experience I feel I can open the question out to the floor. I am addressing this to my fellow Britons in particular. Fellow Britons! Those of you, that is, who were fortunate enough to take the first generation of the amphetamine ecstasy and yet experience none of the adverse, occasionally lethal reactions we now know others suffered—yes, for you people I have a question. Was that joy? I am especially interested to hear from anyone who happened to be in the Fabric club, near the old Smithfield meat market, on a night sometime in the year 1999 (I’m sorry I can’t be more specific) when the DJ mixed “Can I Kick It?” and then “Smells Like Teen Spirit” into the deep house track he had been seeming to play exclusively for the previous four hours. I myself was wandering out of the cavernous unisex (!) toilets wishing I could find my friend Sarah, or if not her, my friend Warren, or if not him, anyone who would take pity on a girl who had taken and was about to come up on ecstasy who had lost everyone and everything, including her handbag. I stumbled back into the fray.
Most of the men were topless, and most of the women, like me, wore strange aprons, fashionable at the time, that covered just the front of one’s torso, and only remained decent by means of a few weak-looking strings tied in dainty bows behind. I pushed through this crowd of sweaty bare backs, despairing, wondering where in a super club one might bed down for the night (the stairs? the fire exit?). But everything I tried to look at quickly shattered and arranged itself in a series of patterned fragments, as if I were living in a kaleidoscope. Where was I trying to get to anyway? There was no longer any “bar” or “chill-out zone”—there was only dance floor. All was dance floor. Everybody danced. I stood still, oppressed on all sides by dancing, quite sure I was about to go out of my mind.
Then suddenly I could hear Q-Tip—blessed Q-Tip!—not a synthesizer, not a vocoder, but Q-Tip, with his human voice, rapping over a human beat. And the top of my skull opened to let human Q-Tip in, and a rail-thin man with enormous eyes reached across a sea of bodies for my hand. He kept asking me the same thing over and over: You feeling it? I was. My ridiculous heels were killing me, I was terrified I might die, yet I felt simultaneously overwhelmed with delight that “Can I Kick It?” should happen to be playing at this precise moment in the history of the world, and was now morphing into “Smells Like Teen Spirit.”’

This is not the quintessence of Zadie Smith’s essay, but somehow I regret that I’ve never been to the Fabric club and that I never tried the first generation of the amphetamine ecstasy.