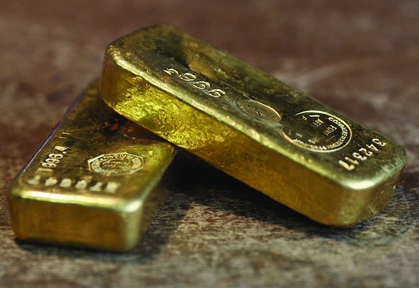 Suzanne Daley in The Times on Greece and gold mines:

‘In the forest near here, bulldozers have already begun flattening hundreds of acres for an open pit gold mine and a processing plant, which Canada’s Eldorado Gold Corporation hopes to open within two years. Eldorado has reopened other mining operations around here, too, digging for gold, copper, zinc and lead from nearby hills.
For some residents, all this activity, which promises perhaps 1,500 jobs by 2015, is a blessing that could pump some life into the dismal economy of the surrounding villages in this rural northeast region of Greece.
But for hundreds of others, who have mounted repeated protests, the new mining operation is nothing more than a symbol of Greece’s willingness these days to accept any development, no matter the environmental cost. Only 10 years ago, they like to point out, Greece’s highest court ruled that the amount of environmental damage that mining would do here was not worth the economic gain.
“This will be a business for 10, maybe 15 years, and then this company will just disappear, leaving all the pollution behind like all the others did,” said Christos Adamidis, a hotel owner here who fears that the new mining operations will end up destroying other local businesses, including tourism. “If the price of gold drops, it might not even last that long. And in the meantime, the dust this will create will be killing off the leaves. There will be no goats or olives or bees here.”’

‘Officials of Greece’s environment ministry, responding in writing to questions, acknowledged that they were overhauling regulations with a view to making “modern environmental policies” go hand in hand with much needed investments. But they said the WWF report was “excessively negative” in its conclusions.
They also defended the decision to reintroduce mining in the Chalkidiki area, saying that northern Greece constituted a “wealth reservoir” of metals worth more than 20 billion euros based on current prices. The officials said the permit was issued after an eight-year period of preparations, evaluations and public consultations that ensured that the mining activity would not damage the environment.’

While visiting Thessaloniki last month quite a few citizens of that city started talking about the mining operation in their region. All of them were against the idea of letting a Canadian company exploring a Greek gold mine, but perhaps I should have spoken more to rightwingers.

Anyhow, we should start thinking of Greece as a wealth reservoir.