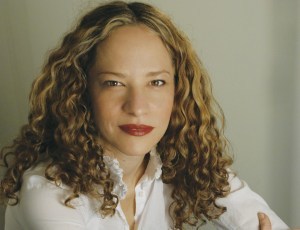 A friend alerted me recently to Katie Roiphe. Then I came across this article in Ha’aretz:

‘In this collection of mostly previously published pieces, Roiphe shoots far and wide, covering issues as diverse as divorce and single parenthood, incest as a literary device, domination and submission in conventional and less conventional sexual relationships, great female writers, Hillary Clinton, America’s obsession with “Mad Men” and “Fifty Shades of Grey,” and the torment of getting your kid into the right New York school.
It’s clear that she loves to draw fire and is not afraid to flaunt her many politically incorrect views. The daughter of the prominent feminist Anne Roiphe, she originally carved a niche for herself back in the 1990s, not long after graduating from college, when she wrote “The Morning After: Fear, Sex and Feminism” – a book that questions whether women aren’t partly to blame for date rape.
In this new collection of largely personal essays, Roiphe emerges as a fun-loving sort of gal who puts her owns needs and pleasures above everything else. A single mother of two, she’s not the type to let her kids cramp her style. She isn’t one, for example to allow a sick child keep her away from a hot rendezvous at the local bar. She’s someone you might have enjoyed hanging out with in college, but if you had any sense, you probably wouldn’t have left her alone in a room with your boyfriend. And if you need further explanation of why not, just read the essay “Beautiful Boy, Warm Night,” which recounts what happened on the roof of her parents’ New York apartment building one summer day when her best friend’s boyfriend happened to drop by for a visit.
Roiphe is at her best when she takes America’s elites to task for their growing obsession with healthy eating and living (hence the title) and their tendency to see it as a be-all and end-all.’