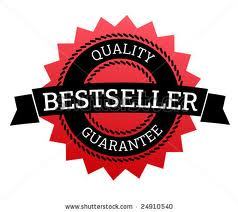 “A great deal of modern narrative follows this strategy for having one’s cake and eating it: a certain transgression is desired, but the moral code that deems the act a transgression must not be undermined, or even openly opposed.”

I haven’t read “Fifty Shades of Grey” but apparently it does what most fiction nowadays attempts to do: faking transgression.

Contemporary fiction in the western world (with a few exceptions I guess) pays lip service to subversion, just because subversion is part of the tradition.

As Tim Parks writes in his article that is very much worth reading:

“The key would seem to be that the pornographic elements become attractive when held in a narrative frame that allows the reader to feel as innocent in this sexual journey as the novel’s heroine. And as responsible as its hero: Christian never forgets to put on his condom, and when he invites Anastasia to use the pill, he organizes an appointment for her with a top gynecologist. It is this atmosphere of innocent, often infantile comedy combined with middle-class dependability that perhaps frees certain readers to indulge an appetite for pornography that they would usually repress.”

We want our fiction to be innocent. For guilt and disgrace, there is reality.