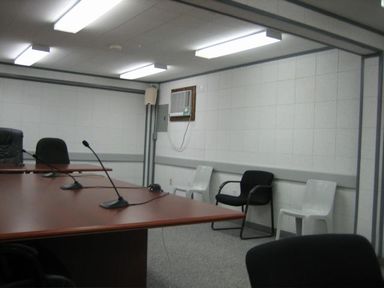 Those of us who thought that Guantánamo Bay might be closed soon are apparently mistaken. The New York Times reports: 'The Justice Department has asked a federal appeals court to impose tighter restrictions on the hundreds of lawyers who represent detainees at Guantánamo Bay, Cuba, and the request has become a central issue in a new legal battle over the administration’s detention policies.
Saying that visits by civilian lawyers and attorney-client mail have caused “intractable problems and threats to security at Guantánamo,” a Justice Department filing proposes new limits on the lawyers’ contact with their clients and access to evidence in their cases that would replace more expansive rules that have governed them since they began visiting Guantánamo detainees in large numbers in 2004.'