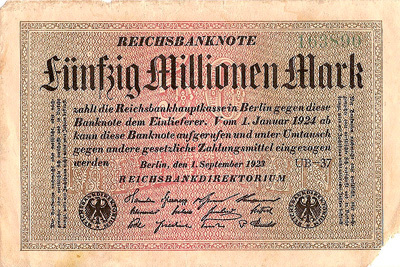 This review by Robert Kuttner in the NYRB on David Graeber’s excellent book “Debt: The First 5000 Years” is very much worth reading.

‘Graeber reminds her that even in standard economic theory, “a lender is supposed to accept a certain degree of risk.” Indeed, the higher the anticipated return, the more likely the danger of default. Yet the premise that “surely one has to pay one’s debts” is so persuasive, Graeber writes, “because it’s not actually an economic statement: it’s a moral statement.” A debt, by definition, is something you owe that must be repaid.’

‘Germany, today’s enforcer of Euro-austerity, was the beneficiary of one of history’s most magnanimous acts of debt amnesty in 1948. The Allies in the 1920s made the catastrophic error of helping to destroy Germany’s economy with reparations and debt collection policies. In the 1940s, after a brief flirtation with World War I–style reparations, the occupying powers agreed to behave differently: they wrote off 93 percent of the Nazi-era debt and postponed collection of other debts for nearly half a century. So Germany, whose debt-to-GDP ratio in 1939 was 675 percent, had a debt load of about 12 percent in the early 1950s—far less than that of the victorious Allies—helping to produce postwar Germany’s economic miracle. Almost every German can cite the Marshall Plan, but this larger act of macroeconomic mercy has disappeared from the political consciousness of Germany’s current austerity police. Whatever fiscal sins the Greeks committed, the Nazis did worse.’

Indeed, lending money is a risky business, whether we like it or not. In other words, saving money, which is postponing consumption, can be risky.

But more importantly morality, i.e. the longing for justice, can be the enemy of public policy.
To accept injustice is not necessarily cynicism, it can also sprout from the desire to avoid more disasters.