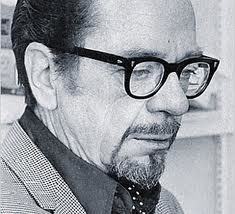 When I was 19 I started my own publishing house, I specialized in non-Aryan German authors, most of these authors were dead. Another publisher warned me: “Dead authors don’t sell.” But sometimes they do.
See this article in PW about “Stoner” by John Williams:

‘A straightforward yet brilliant novel about an ordinary Missouri English professor, it seems almost fitting that for nearly 40 years, Stoner was quietly revered by its fans without being widely read. But by 2013, approaching its 50th anniversary, the novel is seeing a somewhat surprising revival—and not just in the U.S.

“Stoner is magic,” said Oscar van Gelderen, publisher of Lebowski, which published the Dutch edition in 2012 and now has over 100,000 copies in print. Currently, it’s the #1 bestseller in the Netherlands, where it’s been near the top of the charts for weeks. It was one of Israel’s bestselling books of 2012. And it’s moving units in France, Spain, and Italy; over 50,000 copies have been sold in the latter since it was published there in February 2012. “So far the book has kept selling without signs of receding,” said Cristina Marino from Fazi, the novel’s Italian publisher.’