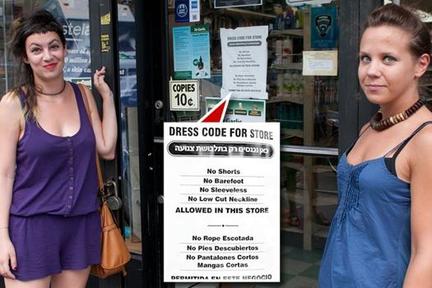 Frank Bruni about child abuse and the faithful:

“The men were spiritual leaders, held up before the children around them as wise and righteous and right. So they had special access to those kids. Special sway.
And when they exploited it by sexually abusing the children, according to civil and criminal cases from different places and periods, they were protected by their lofty stations and by the caretakers of their faith. The children’s accusations were met with skepticism. The community of the faithful either couldn’t believe what had happened or didn’t want it exposed to public view: why give outsiders a fresh cause to be critical? So the unpleasantness was hushed up.
This is not a column about the Catholic Church.
This is a column about Orthodox Jews, who have recently had similar misdeeds exposed, similar cover-ups revealed.”

“Ultra-Orthodox Jews in particular have prioritized their image and independence over justice. They have shunned Jews who took accusations outside their communities; in fact, Charles Hynes, the Brooklyn district attorney, has cited that as a reason for minimizing publicity around child sexual abuse cases among Orthodox Jews. But over the weekend he changed tacks and gave The New York Post the names of some 40 convicted people.
Community intimidation is why 17 of the 19 plaintiffs in the Yeshiva case are identified only as John Doe, said Mulhearn, their lawyer, who mentioned another insidious wrinkle reminiscent of Catholic cases.
One of the abusers, he said, used religion itself to muffle a few abused boys. The rabbi allegedly invoked the Holocaust, which their parents had survived, telling the boys not to cause mom or dad any more suffering with a public stink.”

I guess this is why some rabbis claim that God had a reason why he allowed the Holocaust to happen.