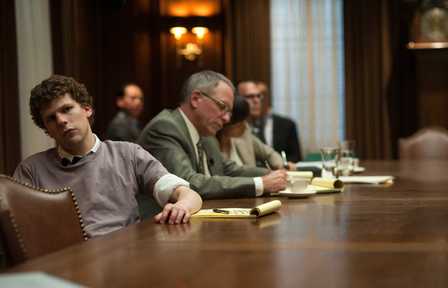 Amy Knight on Snowden and Philby:

“Is Snowden’s flight to Russia turning him into precisely the traitor US authorities accuse him of being? Coincidentally, it was fifty years ago in June that the world learned the shocking news about another Westerner who fled to Russia, the former high-level British intelligence officer Kim Philby. It is probably unfair to draw comparisons between Snowden and Philby, whose betrayal of his country as a double agent did unprecedented damage and cost many lives. Snowden was not an agent of a foreign state, and was apparently motivated to divulge NSA secrets to journalists by his indignation at the discovery of the NSA’s pervasive and intrusive eavesdropping program. But the longer Snowden remains in Russia, at the mercy of his Russian hosts, the greater the chances of his ending up like Philby and living the life of a man without a country.”

“Philby’s treatment after his defection does not bode well for what Snowden might expect in Moscow. Philby was provided with ample material comforts but, according to Rufina Philby, the Russian woman he married in 1971, he “suffered greatly from having nothing to do and feeling unwanted.” Sometime in the 1960s, he even tried to take his own life—by slitting his wrists. Philby was very much at the mercy of his handlers, who kept him isolated from Soviet society, such as it was, and bugged his flat and telephone. He was not invited to KGB foreign intelligence headquarters, at Yasenevo, until 1977, a full fourteen years after his arrival in Moscow. At some point he began giving occasional lectures at a safe house in Moscow to young KGB trainees who were heading for diplomatic posts in the West. But much of his time was spent drinking at home. The ravages of alcohol addiction, from which he had suffered well before his defection, continued to plague him until he died in 1988.”

Amy Knight’s comparison is a bit harsh, something she herself admits, but the tragic irony that Snowden is at the mercy of a leader who appears to enjoy trampling his enemies can escape nobody.

Apparently this is what happens to young men who want to be a hero in a post-heroic era. Either they become suicide bombers and jihadis or they spent the rest of their lives in prison, in foreign embassies or in Russia.

Of course the US could have made Snowden a decent offer – but the wise lessons of repressive tolerance don’t apply to whistleblowers – instead the American establishment bet that even Snowden’s supporters have little appetite for martyrs.

In a few years, perhaps even sooner, Hollywood will produce “Snowden, the movie”. I expect the fictionalized Snowden to resemble the young Zuckerberg in “The Social Network”.
One became the founder of Facebook, the other ended up as a whistleblower; after all according to our ideology whistle blowing is just another business opportunity. (Albeit slightly illegal but just slightly.)

In the Hollywood version Zuckerberg goes to Moscow and tells Snowden: “Repent and FB will take care of you. We have friends in DC.”