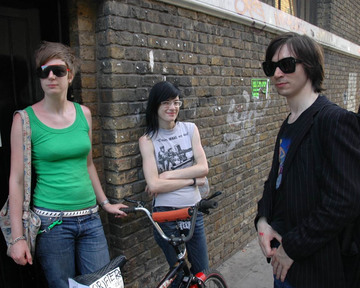 This article, again from The Forward, republished by Ha’aretz appears to take the matter a tad too seriously:

“Someone’s working overtime to make Anne sound very up-to-the-minute. However, it’s unclear exactly who that someone is, as tweets and emails sent to Hipster Anne Frank have gone unanswered. It’s possible that the person is Canadian, as the David Gilmour scandal is in the Canadian headlines, far more than in the American ones, right now.
I fear that this kind of tasteless misappropriation of Anne Frank’s memory and legacy, and that of other historical personalities, will only increase now that people can hide behind Twitter handles. The person behind Hipster Anne Frank would probably get less of a jolly out of making these insensitive quips if he or she had to deliver them while looking at his or her audience in the eye. In that case, they’d probably meet with disapproving stares.
Years ago, I attended a symposium at the Museum of Jewish Heritage in New York. It was titled, “Anne Frank Reconsidered,” and it was about the uses and misuses of The Diary of Anne Frank in Holocaust education and popular culture. I remember that Alexandra Zapruder, author of “Salvaged Pages: Young Writers’ Diaries of the Holocaust,” spoke, and suggested that the emphasis on Anne Frank’s diary almost to the exclusion of those of other young Holocaust victims can be problematic.
I have always felt bad for those children and teens whose writings have gone unnoticed, overshadowed by the juggernaut that is The Diary of Anne Frank. But now I’m starting to feel differently.
At least those more obscure young memoirists can hopefully rest in peace knowing that they are remembered as the individuals that they were. Anne Frank, on the other hand, would be rolling in her grave, if she had a proper one, knowing that she has become a tweeted joke.”