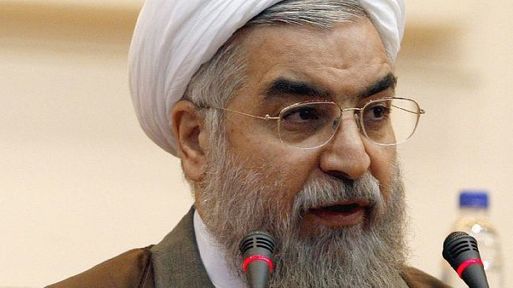 Adam Shatz on Iraq and Syria:

“The Iraq war is not over; it never really ended. It just spilled into a new war, the war in Syria. We may one day speak of iraq-Syria the way that we speak now of ‘Af-Pak’.
In response to a wave of attacks by the al-Qaida group known as the Islamic State in Iraq and Syria (ISIS), the United States is supplying Nuri Kamal al-Maliki’s embattled government with Hellfire missiles and drones. The Obama administration also wants congressional approval to lease (and eventually sell) six Apache helicopter gunships to the Iraqis, a plan held up by lawmakers who fear they will be used against Maliki’s political opponents.”

The U.S. is for the moment siding with the Shia in the Sunni-Shia war, and as Shatz concludes: the big losers are the Sunni moderates, among them the Turkish prime minister.
The rise of Sunni extremists in Iraq and Syria i.e. ISIS made the détente between Iran and the U.S. (even more) valuable for both parties. For that reason I bet that the détente will not be a short-lived phenomenon.