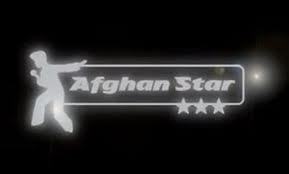 One evening, in the dining room of my hotel in Kabul my Afghan friend and guide spotted a famous Afghan lady. "I can't remember her name," he whispered, "but I know that she's famous."
He started a polite conversation and she turned out to be Shahla Zaland, an Afghan singer. Shahla Zaland had moved to the US but she was back in Afghanistan to be a judge in the reality game show “Afghan Star”. (The format of reality game shows is so much stronger than culture or religion.)
This afternoon I was in the audience of “Afghan Star”. The show was taped in the outskirts of Kabul, in a building that resembled a small, rundown factory. But after I made it past security inside the building I could imagine being in a television studio in Western Europe in the early eighties.
Men and women (to be more precise boys and girls) sat more or less separately, and the girls were wearing scarves, except for Shahla Zaland, but all in all the show was unlike most of what I had seen in Afghanistan.
Kids from an orphanage were invited to watch today’s taping. I asked two orphans if they were enjoying themselves. “Very much so,” one of them said.
I’m not sure if this show is the first sign of a new, more westernized Afghanistan or just an island in a very traditional, tribal, friendly and at the same time cruel society.
Nowadays, even the pious men long for some diversion. And is there better diversion than “Afghan Star”?