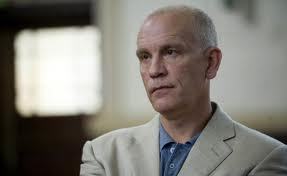 My friend, the philosopher Eric Schliesser, keeps sending me alerts about his blog posts, a gesture that I highly appreciate. Recently he wrote a blog post with the title “On Sleeping with One’s Students” – he sent me a link to this blog post with a note: “This belongs in your archives.” Full disclosure: once I started a relationship with one of my former students approximately six months after I stopped teaching her. No inappropriate contact took place between us during my stint as a lecturer. Our e-mail conversation, which was the beginning of our relationship, started after the course I was teaching ended.
On another occasion I fell in love with the girlfriend of one my students, or to be more precise, the former girlfriend of one of my students. But also this happened almost half a year after I stopped teaching at this particular university. Also it should be noted that since I’m obviously not a professional teacher I was not asked to give grades to any of my students.
Having said this, it’s time to quote Schliesser:

‘A sub-set of my European friends, male and female, tend to view concern over sexual harassment as instances of American Puritanism. The feminists among these share Professor Gallop's sense that acting on desire can be empowering and can motivate the further desire to "learn and excel." As a fact about moral psychology this is undeniably so. And it is also undeniably so that a classroom without hunger for knowledge and eagerness to learn is no better (and, perhaps, worse) than a receipt's office of a state bureaucracy.’

‘So, what is to be done? Villifying desires of the young and old is obviously bad. This may, in fact, prevent a healthy self-development and discovery. But we don't need to be Platonists, to recognize that skilled teachers can also re-orient desires toward other objects that may be as noble and beautiful as ourselves. As I have reported, I discovered the art of sublimation, in this fashion. Undoubtedly, there are other approaches; how to manage such re-orientation in a playful fashion in a teaching environment is, in fact, the secret to the art of teaching, which I have found remains itself an experiment in self-discovery.’

I agree with Schliesser that sexual relations between students and teachers are inappropriate, especially when the teacher is still teaching the student with whom he (or she) is sleeping. Of course we tend to become a bit hysterical about sexual transgressions, think of pedophilia. So we can agree that certain relationships are inappropriate, and still be unsure how and if we should censor the person who should have known better, the person who willingly let himself be seduced. Well, beautiful novels have been written about this subject.

But I was flabbergasted by Schliesser’s somehow mundane conclusion.

Of course I’m glad that Schliesser and many other professors have discovered the art of sublimation. But my impression, after reading this article, is that Schliesser would like to be rewarded for not sleeping with his students.

Fair enough, perhaps there should be a prize for Not Sleeping With Your Students.
I would like to start a campaign that my friend Eric Schliesser will be the first one who wins this prize, let’s call it the Lurie Award.

Not sleeping with your students is a small but important scientific contribution to mankind.