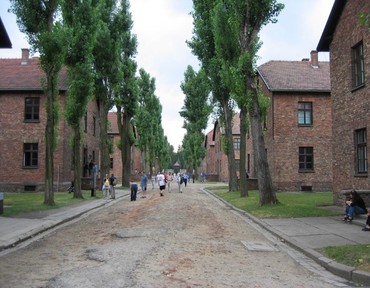 This article by Matthew Kalman in The New York Times is worth reading:

‘Mohammed S. Dajani Daoudi is an unlikely advocate for peace between Palestinians and Israelis. He trained as a guerrilla with the Palestine Liberation Organization, was banned from Israel for 25 years because of his prominent role in Yasir Arafat’s Fatah group, and still refers to Israelis as “my enemy.” But Mr. Dajani, now the library director and a professor of American studies at Al-Quds University, in East Jerusalem, has become a prominent activist for tolerance.
In 2007, he founded Wasatia (“moderation” in Arabic), a group that promotes the Muslim tradition of compromise and nonviolence. His chosen path has already led him to a lonely stand opposing an academic boycott of Israel supported by most of his Palestinian peers.
Recently, he traveled into further isolation by leading an effort to teach Palestinians at universities in the West Bank about the Holocaust, which is not part of the curriculum in Palestinian schools. In addition to a series of seminars on the topic, in March he took what is thought to have been the first group of students from the Palestinian territories to visit the Auschwitz-Birkenau State Museum, in Poland.’

‘“It is my role as a professor to open the minds of my students to knowledge and to learning without any restriction or prohibition,” Mr. Dajani said. “I would like Palestinians to explore the unexplored and to meet these challenges, even though you might find that within their community there will be a lot of pressure on them not to do it.”’

Learning without restrictions or prohibitions is rare, even in the U.S. and Western Europe.

Mr. Dajani should be applauded for his efforts.