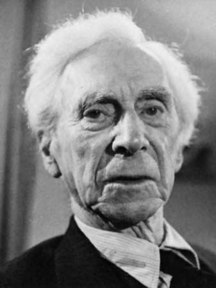 A friend alerted me to this interview with Peter Unger about philosophy:

“See, going back to Wittgenstein — he had his two periods. In his early period he wrote the Tractatus, which is supposed to be one of the five classics of twentieth century analytic philosophy. His second period was — it’s all crap on Tractatus. All that stuff I did as a young man is nonsense. This is it — I have to start anew, and what I now say is, you can’t do any of that stuff. You can’t do any of what people have thought of as philosophy. You just can’t do it, it doesn’t amount to anything. When you do it, it’s all puffery, puffery gone awry. So Wittgenstein did that. But then he couldn’t stop doing the puffery!  Let’s go to Bertrand Russell. He was one of the few philosophers to win a Nobel Prize in literature. But it is literature! Russell wrote some short stories that were not well-received — he got it for his philosophical writing, as well as his writing on social affairs, which was quasi-philosophical. He was writing in favor of peace, pre-marital living together, all this sort of stuff. Progressive education.  This quote is from a small book that Bertrand Russell wrote, from 1912, which is still used as a textbook today: a little book called The Problems of Philosophy. He talks here about the value of philosophy:

‘Thus, to sum up our discussion of the value of philosophy; Philosophy is to be studied, not for the sake of any definite answers to its questions, since no definite answers can, as a rule, be known to be true, but rather for the sake of the questions themselves. Because these questions enlarge our conception of what is possible, enrich our intellectual imagination and diminish the dogmatic assurance which closes the mind against speculation; but above all that because, through the greatness of the universe which philosophy contemplates, the mind also is rendered great, and becomes capable of that union with the universe which constitutes its highest good.’

The second part, after the ‘above all’ seems like complete nonsense. What the heck does all that mean? It’s mystical nonsense, no?”

It’s about time to acknowledge the human need of mystical nonsense. And the competition: my nonsense is better than yours.