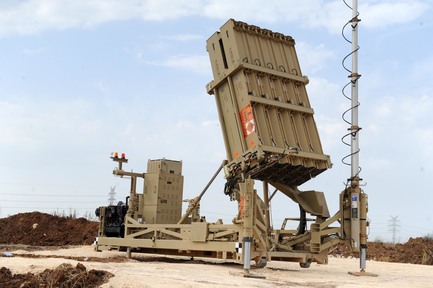 An analysis by Amos Harel on the match Hamas-Israel with the telling headline “Ground forces not rushing in where angels fear to tread”:

“Still, despite the convoy of tanks heading south and the infantry brigades massing near the border with Gaza, it is obvious that Israel is in no hurry for the operation’s ground phase. The instruction to the forces has been delayed, presumably in an effort to first exhaust diplomatic options. Reports of an imminent diplomatic framework agreement have increased since Saturday afternoon. The international community has certainly begun to wake up, and we can expect the imminent arrival of numerous foreign ministers, though it could take a few more days after that to reach a cease-fire agreement.
As with the two previous operations in the Gaza Strip and the Second Lebanon War, this is the stage in which various mediators step in. They usually proceed on parallel, competing tracks until nearly the end. There are reports already of efforts by the United States, the Quartet, Qatar and the Palestinian Authority, with no telling who will win out.”

“Revenge is not a calculation for the cabinet. Iron Dome has kept Israeli casualties to a minimum so far. Those who complain the power ratio makes Israelis oblivious to the cries of suffering coming out of Gaza forget one critical point – without Iron Dome, the number of dead Israelis by now be in double digits. Such a number would have added pressure on the IDF to strike proportionately from the air and deploy ground forces – thus dramatically increasing the number of dead on both sides.”

I don’t take civilian casualties lightly, but my guess is that Gaza is still a better place to live than most parts of Syria. For one because of all the international attention, the NGOs operating in Gaza etcetera. Secondly, because the daily number of casualties is still higher in Syria than in Gaza.

I’m just again slightly flabbergasted that Muslims who are killed by Muslims don’t provoke much of an outrage in the West. But Muslims killed by Americans or Israelis, now that’s a reason to be outraged.
Pure discrimination against Muslims. Apparently some liberals believe that Muslims who slaughter other Muslims just can’t help themselves.