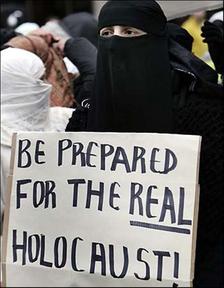 In Pristina I have to read yesterday's International Herald Tribune. Which is still better than the situation in Sydney, Australia.
So a few hours after a lawyer in Kosovo told me that the muslims here are the only muslims in the world who love Bush and the US I read an article with the headline A Danish wake-up call on Islam.

According to a new book by Karen Jespersen and Ralf Pittelkow those who don't see the danger of political islam are "naivists."

To see the danger is one thing, but what kind of solution are we looking for? Line them up and shoot them?