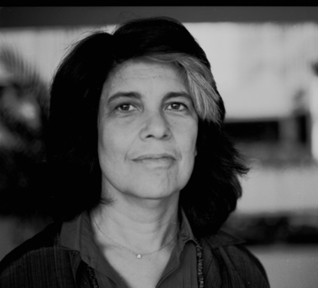 A friend reminded me of this short essay that Susan Sontag published in The New Yorker, shortly after 9/11:

“The disconnect between last Tuesday's monstrous dose of reality and the self-righteous drivel and outright deceptions being peddled by public figures and TV commentators is startling, depressing. The voices licensed to follow the event seem to have joined together in a campaign to infantilize the public. Where is the acknowledgment that this was not a “cowardly” attack on “civilization” or “liberty” or “humanity” or “the free world” but an attack on the world's self-proclaimed superpower, undertaken as a consequence of specific American alliances and actions? How many citizens are aware of the ongoing American bombing of Iraq? And if the word “cowardly” is to be used, it might be more aptly applied to those who kill from beyond the range of retaliation, high in the sky, than to those willing to die themselves in order to kill others. In the matter of courage (a morally neutral virtue): whatever may be said of the perpetrators of Tuesday's slaughter, they were not cowards.
Our leaders are bent on convincing us that everything is O.K. America is not afraid. Our spirit is unbroken, although this was a day that will live in infamy and America is now at war. But everything is not O.K. And this was not Pearl Harbor. We have a robotic President who assures us that America still stands tall. A wide spectrum of public figures, in and out of office, who are strongly opposed to the policies being pursued abroad by this Administration apparently feel free to say nothing more than that they stand united behind President Bush. A lot of thinking needs to be done, and perhaps is being done in Washington and elsewhere, about the ineptitude of American intelligence and counter-intelligence, about options available to American foreign policy, particularly in the Middle East, and about what constitutes a smart program of military defense. But the public is not being asked to bear much of the burden of reality. The unanimously applauded, self-congratulatory bromides of a Soviet Party Congress seemed contemptible. The unanimity of the sanctimonious, reality-concealing rhetoric spouted by American officials and media commentators in recent days seems, well, unworthy of a mature democracy.
Those in public office have let us know that they consider their task to be a manipulative one: confidence-building and grief management. Politics, the politics of a democracy—which entails disagreement, which promotes candor—has been replaced by psychotherapy. Let's by all means grieve together. But let's not be stupid together. A few shreds of historical awareness might help us understand what has just happened, and what may continue to happen. “Our country is strong,” we are told again and again. I for one don't find this entirely consoling. Who doubts that America is strong? But that's not all America has to be.
—Susan Sontag”

Today was an official day of mourning in the Netherlands, because of the disaster with Malaysia Airlines flight 17. This afternoon some of the corpses arrived on an air base.
Listing to the radio, reading articles in newspapers, one can only conclude that the infantilization of the public is still a top priority of the establishment.
Perhaps we should stop pretending that we want to enlighten, we just want to infantilize.