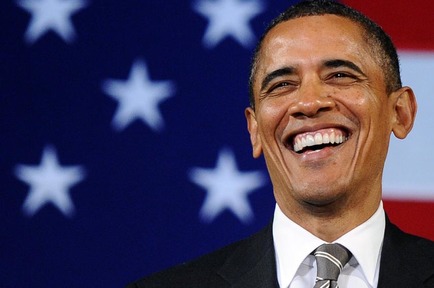 President Obama said many reasonable things to Thomas Friedman, but I have some doubts about what Obama said about Libya:

“I’ll give you an example of a lesson I had to learn that still has ramifications to this day,” said Obama. “And that is our participation in the coalition that overthrew Qaddafi in Libya. I absolutely believed that it was the right thing to do. ... Had we not intervened, it’s likely that Libya would be Syria. ... And so there would be more death, more disruption, more destruction. But what is also true is that I think we [and] our European partners underestimated the need to come in full force if you’re going to do this. Then it’s the day after Qaddafi is gone, when everybody is feeling good and everybody is holding up posters saying, ‘Thank you, America.’ At that moment, there has to be a much more aggressive effort to rebuild societies that didn’t have any civic traditions. ... So that’s a lesson that I now apply every time I ask the question, ‘Should we intervene, militarily? Do we have an answer [for] the day after?’”

So, the US stayed out of Syria, which I still think was the right thing to do, because of lessons learned in Libya? And would have Libya without Western intervention really have been a second Syria? I’m not completely convinced about that.
Also one has to note that efforts were made to rebuild society in a place like Afghanistan. Perhaps it’s not fair to say that as a result of these efforts for the first time since Vietnam an American general got killed, but it’s fair to say that these efforts were less than successful.
We are just not very good at rebuilding societies without civic tradition. Many people would argue that these efforts smack of neo-colonialism. But there is a case to be made for moral colonialism.
Or perhaps the US should say: “We don’t spread the light, if you want the light come to us.” Migration is the most efficient way to fight poverty; it may also be the best way to develop civic traditions.