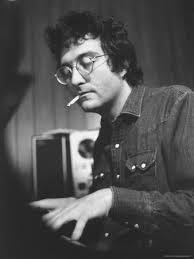 Josh Barro in NYT on knee defenders and the price of a reclining chair:

“I fly a lot. When I fly, I recline. I don’t feel guilty about it. And I’m going to keep doing it, unless you pay me to stop.
I bring this up because of a dispute you may have heard about: On Sunday, a United Airlines flight from Newark to Denver made an unscheduled stop in Chicago to discharge two passengers who had a dispute over seat reclining. According to The Associated Press, a man in a middle seat installed the Knee Defender, a $21.95 device that keeps a seat upright, on the seatback in front of him.
A flight attendant asked him to remove the device. He refused. The woman seated in front of him turned around and threw water at him. The pilot landed the plane and booted both passengers off the flight.”

“I wrote an article to that effect in 2011, noting that airline seats are an excellent case study for the Coase Theorem. This is an economic theory holding that it doesn’t matter very much who is initially given a property right; so long as you clearly define it and transaction costs are low, people will trade the right so that it ends up in the hands of whoever values it most. That is, I own the right to recline, and if my reclining bothers you, you can pay me to stop.”

“Complaints about knee room are not spread equally across our society. They are voiced mostly by the tall, a privileged group that already enjoys many advantages. I don’t just mean they can see well at concerts and reach high shelves. Tall people earn more money than short people, an average of $789 per inch per year, according to a 2004 paper in the Journal of Applied Psychology.”

We should separate the two arguments. If passengers hate the person in front on them reclining they can offer this person money. Fair enough. This could make the flight more enjoyable for certain people and it will give other people the ability to earn back some of the money they spent on their ticket.
Perhaps passengers should not only be able to sell their right to recline they should also be encouraged to buy and sell other stuff: the content of carry-on luggage, books, their devices.

In the long run, there is justice.