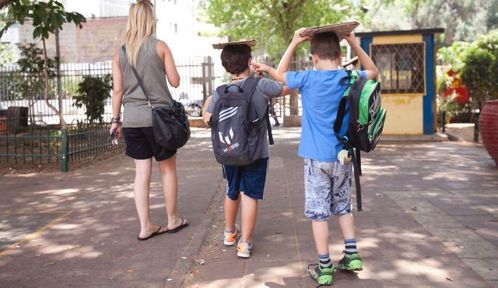 My publisher (and friend) Oscar van Gelderen alerted me to this article by Steven I. Weiss in The Atlantic about religion and economy:

‘Economists? What can economists tell us about religion? A lot, as it turns out.
A new book by George Washington University professor Carmel Chiswick, Judaism in Transition: How Economic Choices Shape Religious Tradition, is a pioneering work in this new area of study. Chiswick is a labor economist, and that turns out to be crucial here because of the field’s focus on scarcity, and especially the scarcity of time.
“Religion is a good,” Chiswick told me in an interview. While it's unconventional to think of religion that way, the transaction of exchanging time and money for a particular experience retains certain core qualities whether that experience is religious or secular. For example, though it might seem more wholesome than buying a boat, paying for religious schooling is still a purchase of a luxury good. Heading to church or synagogue might make one feel more righteous and community-oriented than going golfing on a weekend morning, and that’s pretty much the point: The feelings and knock-on effects gathered from spending time in a certain way are part of the overall purchase.’ (…)

‘What's most relevant here isn't just generic human capital but what Chiswick calls “Jewish human capital,” which we might gain by investing in going to Jewish schools and camps, learning Hebrew, reading Jewish texts, or attending Jewishly-relevant art exhibits or events, and even prayer services. The various ways to engage with the Jewish world assume differing degrees and types of investments in Jewish human capital: If you go to an Orthodox synagogue without know a fair amount of Hebrew, you’ll have a hard time following what’s going on; likewise, if you attend a Jewish literature discussion and haven’t read any Philip Roth or Isaac Bashevis Singer, you'll be quite lost as well. The attainment of this "Jewish human capital" has costs, but it enables people to enjoy and experience Jewish life more deeply. Said simply, those costs can sometimes pay off.’

This doesn’t explain why well-educated Americans invest lots of time and money in religious capital, but I would say that in the US it’s hard to distinguish between religious capital and cultural capital. This is obviously one of the major differences between the US and Europe.