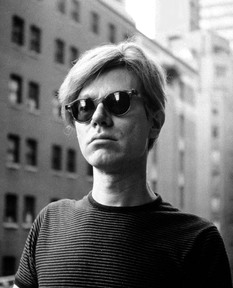 A friend alerted me to this article:

“Thirty years ago, Pop-Art's bad boy, Andy Warhol, consigned 300,000 of his everyday possessions to sealed cardboard boxes. Now, as the final boxes are opened for the first time, what do they tell us about the man who turned Campbell's soup tins into art? It's a stuffy summer evening on Pittsburgh's unfashionable North Shore. Cars jam the freeway, thanks to endless repairs to the crumbling flyovers. This famous old US industrial city is showing its age.
But in the shadow of the highway spaghetti lies another world - the ultra-cool converted warehouse that houses The Warhol. Seven floors devoted to Pittsburgh's most illustrious artist-son, Andy Warhol, master of gaudily-coloured multiple Marilyn Monroes, Elvis Presleys and cans of soup.
Here, at The Warhol, splendour reigns - museum-perfection. Air-conditioned to a nicety, slate-grey floors, gleaming gift-shop, walls papered with multiple images of pink Warholian cows.”

“And then, in the really unsavoury corner, toenail clippings, dead ants, a mummified foot and used condoms.”

“I think with Warhol, broadly, the joke's on us," says Marlow. "The joke's on our culture, but we're complicit in that. We are not being laughed at - we join in the laughter."
Another perspective comes from the late Malcolm McLaren, an ardent fan. According to him, "Andy's adage was, 'I can simply be an artist without doing any art: I am the art.'"

A mummified foot, fine, used condoms, of course. (As of January 1, 2015, I will sell used condoms online on the first Monday of the month, the minimum price will be 100 euros per used condom, but higher bids will be accepted. Needless to say, the used condom will be shipped with a certificate of authenticity.)

But dead ants, no! I will never sell dead ants. You can turn many things into profit, but here I draw a line, no dead ants. Although I’m willing to make an exception for a taxidermy ant.