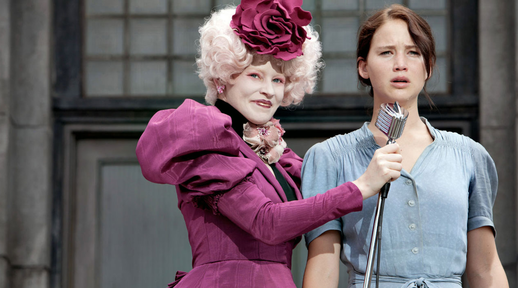 And here is something about reading, highlighting and the hunger for advice – Anna North writes in the NYT:

‘“The wide world is all about you: you can fence yourselves in, but you cannot for ever fence it out.” Recognize that? If so, you’re not alone — it’s the most highlighted passage in the Kindle version of “The Lord of the Rings,” according to data collected by Amazon and released to The Atlantic. And now that this data’s widely available, some are looking to it for clues about how we read.
At Science of Us, Melissa Dahl focuses on the most-highlighted passage in the New International Version of the Bible: “Do not be anxious about anything, but in every situation, by prayer and petition, with thanksgiving, present your requests to God. And the peace of God, which transcends all understanding, will guard your hearts and your minds in Christ Jesus.” She writes: “It’s a passage that offers words of comfort for the religious. And for those people who are highlighting that passage, there’s kind of an extra layer of comfort to think about how many other people connected to those words. It’s a small reminder that you’re not alone.” A number of the other passages on The Atlantic’s list, compiled by Robinson Meyer, have a similar character — while they may not give advice explicitly, they seem ripe for application to a reader’s life. It’s easy to imagine them being read not just as art but as forms of personal guidance. The Tolkien line fits the bill, as does this, from “A Wrinkle in Time”: “But of course we can’t take any credit for our talents. It’s how we use them that counts.” And this, from “Harry Potter and the Goblet of Fire”: “‘You fail to recognize that it matters not what someone is born, but what they grow to be!’” Joseph Stromberg at Vox notices this trend: “Readers,” he writes, “want to be told what to do.”’

‘Some take a dim view of the idea that fiction should make us better at life. In response to studies suggesting that reading literature can improve empathy or emotional intelligence, Lee Siegel writes in The New Yorker: “Fiction’s lack of practical usefulness is what gives it its special freedom. When Auden wrote that ‘poetry makes nothing happen,’ he wasn’t complaining; he was exulting. Fiction might make people more empathetic — though I’m willing to bet that the people who respond most intensely to fiction possess a higher degree of empathy to begin with. But what it does best is to do nothing particular or specialized or easily formulable at all.” But, he argues, Americans have long wanted our books to be good for us: “From the didactic McGuffey Readers that lasted from the middle of the nineteenth century to the middle of the twentieth century to William Bennett’s ‘Book of Virtues’ in our own time (a liberal response, ‘A Call to Character’ by Colin Greer and Herbert Kohl, was published a few years later), the American impulse to make room for literature by harnessing it to a socially useful purpose has taken many forms.”’

I sympathize with Lee Siegel; fiction (or art for that matter) as a substitute for eating broccoli is horrifying: it’s not very tasty, but it’s healthy, so eat it.

‘Are we all reading novels like they’re self-help, poring over them for instructions on how to live? Maybe not. Here’s the most-highlighted passage from “The Hunger Games”: “The rules of the Hunger Games are simple. In punishment for the uprising, each of the twelve districts must provide one girl and one boy, called tributes, to participate. The twenty-four tributes will be imprisoned in a vast outdoor arena that could hold anything from a burning desert to a frozen wasteland. Over a period of several weeks, the competitors must fight to the death. The last tribute standing wins.” This is essentially the premise of the novel; it doesn’t offer much guidance for the reader.’