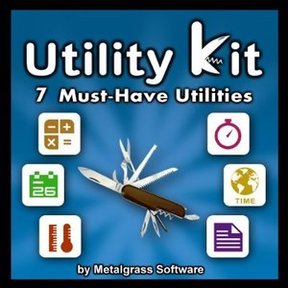 ‘In this paper, we develop an indirect method for eliciting political attitudes, based on revealed preference. Not only are sub jects in our study faced with a ﬁnancial cost to express their political attitudes, but they also are unaware of the elicitation when they act to reveal their preferences. We call this method an oﬀer experiment. In addition to developing a novel elicitation methodology, we use the method to study anti-American attitudes in Pakistan, focusing on the responsiveness of political expression to price and to social visibility.
To implement our methodology, we conducted an experiment in Pakistan in July, 2013, with 1,152 participants.6 During each experimental session, groups of Pakistani men, aged between 18 and 35, were brought into a room where they were asked to complete a standard “Big Five” personality survey. The intervention of interest occurred after sub jects had completed the survey, though sub jects were unaware of this fact.7 In return for completing the survey, study participants were oﬀered a “bonus” payment (above a show-up fee they had received upon arrival). Receiving the bonus payment required checking a box in a form that indicated (from the sub ject’s perspective): “I gratefully thank the [funding agency] for its generosity and I accept the bonus payment oﬀer.” Rejecting the payment required checking a box in the same form that indicated (again, from the subject’s perspective): “I choose not to accept the bonus payment oﬀer.” The experiment randomly varied three separate components of the form, at the individual level, in a 2 × 2 × 2 design: The identity of the funding agency: The funding agency was either the U.S. government or the Lahore University of Management Sciences (LUMS), a leading Pakistani university.8 The amount of money oﬀered: Sub jects were either oﬀered a bonus payment of 100 Pakistani Rupees (Rs.) or of 500 Rs.; both payments represented a sizable fraction of a day’s wage.9 The expectation of privacy: In the “public” condition, we emphasized that sub jects would submit their experimental materials in front of the other sub jects in the room, while in the “private” condition, we emphasized the privacy of their responses. In the public condition, sub jects were told: “If you choose to accept the bonus payment, in order to receive this additional payment, you will be asked to turn the letter in to the survey coordinator in the front of the room, so other participants will see you turn in the letter.” In the private condition, sub jects were told, “If you choose to accept the bonus payment, in order to receive this additional payment, your decision will be completely private; you will simply replace the letter in envelope 2 and submit it with your other survey materials at the end of the study, so no other participants will know your choice.”10’

‘Understanding the expression of anti-American ideology is a challenging task, not least because the measurement of a potentially sensitive attitude is fraught with diﬃculties. We have presented a novel methodology, an “oﬀer experiment,” for eliciting individuals’ ideological positions. Our method provides advantages over both direct survey questions and survey experimental techniques used to encourage truthful revelation. Relative to direct survey questions, our method mitigates concerns about untruthful response, experimenter demand, or Hawthorne eﬀects by eliciting subjects’ ideological views without directly asking about them, thus reducing subjects’ awareness of the elicitation. While other methods, such as list experiments, can provide estimates of sensitive attitudes for a sample, they are very limited in their ability to do so for an individual. They also do not incentivize truthful reporting. In contrast, our method allows us to observe revealed preference expressions of individuals’ political attitudes.
Using our method, we show that a signiﬁcant minority of Pakistani men in our sample are willing to forgo a sizable payment simply to avoid checking a box that aﬃrms gratitude toward the U.S. government for providing the funds. This behavior is private, and is unlikely to be of “real world” consequence, suggesting that rejection of payment is an expression of anti-American ideology. Experimental variation in the ﬁnancial cost of expressing anti-American attitudes allows us to estimate individuals’ willingness to pay to express their views; we ﬁnd that expression is, indeed, sensitive to price. In addition, experimental variation in perceptions of privacy points to an important social component of political expression, with public expression in our setting appearing much more moderate than private expression. These results contribute to our understanding of an important ideological current in a pivotal part of the world, suggesting that even individuals with extreme views might suppress those views, depending on the economic cost of expression, and on the social environment in which expression occurs.’

Fundamentalism is the willingness to express views regardless the cost of expressing them.
But this paper and anecdotal evidence, for example during the surge in Iraq young Sunnis were willing to stop fighting the US Army and start fighting Al Qaeda because the US paid a higher wage than Al Qaeda, may teach us that even supporters of “extreme ideologies” are willing to suppress their support or even change sides if the cost of the support of this ideology is getting too high.
Ideology is just like buying consumer goods an activity that humans derive utility from.
Religion (at least some religion) promise utility in paradise, that’s problematic. It’s useless and probably immoral to say that God and/or the Prophet don’t exist.
But we need a worldwide campaign to teach us that there is no utility in paradise.
If the pope and the ayatollah and the new king of Saudi-Arabia publicly declare: “Believers, there is no utility in paradise” we have made progress.

What should we say to the jihadis? You pay way too much for your utility.

Dada? Deriving utility is always an act of absurdism.

Liberalism? Pick your own utility but don’t pay too much for it.

Psychoanalysis? Pay an expert to listen to your self-pity; that is the best utility you can get on this world.

The libertine? I will fuck all the utility out of you, your parents and the neighbors.