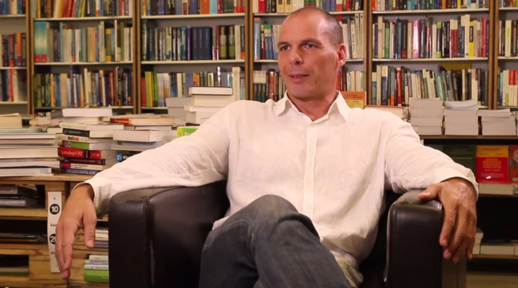 On Greece and game theory. On Tuesday the International New York Times published an op-ed piece by Yanis Varoufakis, the finance minister of Greece:

“Game theorists analyze negotiations as if they were split-a-pie games involving selfish players. Because I spent many years during my previous life as an academic researching game theory, some commentators rushed to presume that as Greece’s new finance minister I was busily devising bluffs, stratagems and outside options, struggling to improve upon a weak hand.
Nothing could be further from the truth.
If anything, my game-theory background convinced me that it would be pure folly to think of the current deliberations between Greece and our partners as a bargaining game to be won or lost via bluffs and tactical subterfuge.
The trouble with game theory, as I used to tell my students, is that it takes for granted the players’ motives. In poker or blackjack this assumption is unproblematic. But in the current deliberations between our European partners and Greece’s new government, the whole point is to forge new motives. To fashion a fresh mind-set that transcends national divides, dissolves the creditor-debtor distinction in favor of a pan-European perspective, and places the common European good above petty politics, dogma that proves toxic if universalized, and an us-versus-them mind-set.
As finance minister of a small, fiscally stressed nation lacking its own central bank and seen by many of our partners as a problem debtor, I am convinced that we have one option only: to shun any temptation to treat this pivotal moment as an experiment in strategizing and, instead, to present honestly the facts concerning Greece’s social economy, table our proposals for regrowing Greece, explain why these are in Europe’s interest, and reveal the red lines beyond which logic and duty prevent us from going.”

Sounds plausible, but when I read the words “red lines” I immediately think of game theory. Or of religion. In this game theory is the more plausible option.

“I am often asked: What if the only way you can secure funding is to cross your red lines and accept measures that you consider to be part of the problem, rather than of its solution? Faithful to the principle that I have no right to bluff, my answer is: The lines that we have presented as red will not be crossed. Otherwise, they would not be truly red, but merely a bluff.
But what if this brings your people much pain? I am asked. Surely you must be bluffing.
The problem with this line of argument is that it presumes, along with game theory, that we live in a tyranny of consequences. That there are no circumstances when we must do what is right not as a strategy but simply because it is ... right.

Against such cynicism the new Greek government will innovate. We shall desist, whatever the consequences, from deals that are wrong for Greece and wrong for Europe.”

But how can we know whether a deal is good or wrong without looking at the consequences? I’m not a fundamentalist when it comes to utilitarianism, but he who desists whatever the consequences are sounds more like the leader of a partisan group or a sect than a minister of finance.

Call me a cynic but is a politician who claims that you can be a good politician without playing games an effective politician? Or are his words a smokescreen for a game of poker, high stakes poker that is.