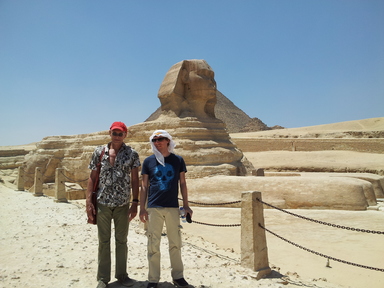 This article by Mona El-Naggar in The New York Times about the lure of fundamentalism, which may not differ so much from the lure of sexuality, is worth reading:

‘When Mr. Yaken was optimistic about his future, when he slipped into tight T-shirts for his workout routines, his lack of religious devotion was not much of an issue. His mother and two sisters were veiled. His father urged him to fast and pray. The call to prayer blasted through the streets five times a day. But in his life, it remained in the background.
Yet as his dreams began to crash into Egypt’s depressed economy and political turmoil, Mr. Yaken started to feel guilty about his lifestyle choices, his friends and family said. He scolded himself for missing prayers, for disobeying his parents, for betraying the conservative values of his community. But most of all, Mr. Atef said, Mr. Yaken felt guilty about his relations with women.
“When you’re doing something wrong, you still remember God,” Mr. Atef said, emphasizing that religion had remained central to his and Mr. Yaken’s identities even when they drifted from it. “He had sex with women.” And then, already vulnerable and torn, Mr. Yaken lost a close friend in a motorcycle accident. This was in March 2012, amid the prelude to Egypt’s first democratic presidential election. His business dreams were sinking, and the streets were filled with Islamic slogans promoting the candidates of the Muslim Brotherhood. Shaken, Mr. Yaken decided to turn to religion.
He grew his beard, he stopped going to parties, he refused to take pictures with his shirt off and he unfriended all the women he knew on Facebook. But his newfound commitment to religion had not yet veered in the direction of militancy and jihad.
“People think that once he started to grow a beard, he was on that strict religious track,” said Khaled Adel, who knew Mr. Yaken for more than 10 years and remained close to him throughout his evolution. “No. He had a beard, but he was still like us.”

Looking slightly embarrassed, Mr. Adel, 23, pulled up a video on his laptop that he had shot while sitting at a coffee shop with Mr. Yaken and another friend, Mahmoud el-Ghandour.
“We all know that women are a problem for every young man,” Mr. Yaken said in the clip, posing as host of a show they half-jokingly called “Piety and Chicks.”’

Everybody researching organizations like ISIS should remember this sentence: “We all know that women are a problem for every young man.” (Yes, I know they are female fighters as well, but they are a minority, and in societies and cultures where sexuality is a problem for young men sexuality will become a problem for women as well.)