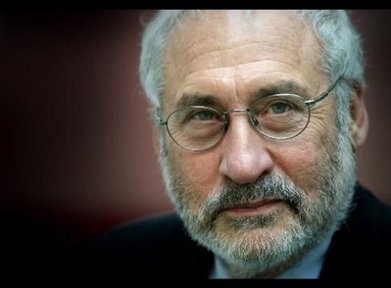 And now a contrarian view, well contrarian in some circles, Hans-Werner Sinn in the NYT:

“There are not many issues on which I agree with my colleagues Paul Krugman and Joseph E. Stiglitz and the former Greek finance minister Yanis Varoufakis. But one of them is the view that an exit from the eurozone would be advisable for Greece.

As of June, the eurozone countries, the European Central Bank and the International Monetary Fund had provided the Greek government and banking system with 344 billion euros ($375 billion) worth of public credit — nearly double Greece’s annual economic output, or about 31,000 euros ($33,000) for each Greek citizen.
One-third of the public credit that has flowed to Greece since 2008 has been used to bail out private creditors; one-third went to finance the Greek current account deficit (the excess of imports and net interest payments to foreigners over exports and transfer payments from abroad); and one-third vaporized by financing the capital flight of Greeks.

Greece’s devaluation started five years after Ireland’s, and by now has reached 9 percent. Analysis by Goldman Sachs researchers suggests that product prices would have to decline by another 13 to 22 percentage points for Greece to be competitive. (Wages in neighboring Turkey, Bulgaria and Romania, the latter two being European Union members, are only one-third to one-fifth Greece’s level.)

Until Europe is turned into a federal state — as it should become, at some point — it will not have a currency like the dollar. Until then, what is needed is a “breathing” currency union, with orderly entry and exit options, coupled with an insolvency rule for member states. This would be a better compromise between the goals of avoiding speculative attacks and excessive debt accumulation than the current promise of eternal membership.”

And furthermore, also Mr. Sinn believes that Europe should become a federal state, so a temporary Grexit is only necessary because some citizens and some politicians are not ready yet for a step forward.

The “breathing” currency union Mr. Sinn proposes reminds me of an open marriage. Of course, this open marriage may work – sometimes open marriages function – but it’s hard to believe that after five or ten years Greece wil return to the euro.
And would a temporary Grexit really be cheaper for the rest of the eurozone? Is the refusal to grant Greece some (more) debt forgiveness making Greece’s economy more competitive? Evidence so far doesn’t point in that direction.