A room in a hostel 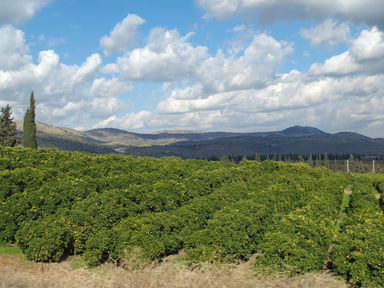 And here’s something on polyamory in Israel (and the US):

‘They were born in Detroit, Michigan, she in 1931, he the following year. “We were members of a Zionist youth movement,” David relates, “and after some of our activities we would meet in someone’s house, lying on the floor and listening to records. I saw her on the other side of the room and went over to be next to her” – Elana laughs – “and sexual tension began that has lasted to this day.” Elana: “I had three serious boyfriends before him.” Why didn’t things work out with them? Elana: “Each of them is a different story, but along with their wives, they’re still friends of ours, the ones who are still alive. I still love them all.” David: “She and I and her previous boyfriend went to a movie together. I sat on one side of her and he sat on the other, and the three of us held hands. She really liked that. I was simply in love with her. There was something of an overlap (between him and the ex-boyfriend) before it became clear where things between us were leading, a period when it wasn’t clear.” David and Elana remained in touch for the next two years, partly by mail, as Elana was in Israel some of the time while David was in Detroit, and vice versa. When they got together again, in Detroit, the relationship deepened and they were married. They immigrated to Israel in 1955, settling in Kibbutz Gesher Haziv, in Western Galilee, where they lived for 30 years before moving to Tel Aviv and then to Jaffa.
On kibbutz, David worked in the citrus orchard and as treasurer, and Elana in the irrigated field crops and elsewhere. Along the way, David obtained a Ph.D. in anthropology. Their three children – now 55, 53 and 48 – were born on the kibbutz. The couple has seven grandchildren and five great-grandchildren.’

‘David: “She explained to me that when she loves someone, she never stops loving him, and in the end the penny dropped: If she loves them and doesn’t stop loving them, that means that she loves me, too – the person she lives with and who is the center of her life – and will not stop loving me. In other words, she won’t be able to allow me to not stay in her life.” Elana: “You have no idea how many friends we have together.” David: “For example, in 2009 we met a woman who’s 20 years younger than I am. I was on a speaking tour in the U.S. and she was a local organizer. I was captivated by her and we started writing each other and things developed. One day she said she was going to come to visit me. Elana suggested to her: 'I would like to share David with you.' I reserved a room in a Jaffa hostel for the two of us at Elana's suggestion, and I was with her during her visit.” At this point, I grasped what Elana meant when she told me on the bus that there are no secrets between them, and afterward when she talked about the continuing love for her exes.’

I’m not sure if having no secrets for each other is the solution for enduring love, but maybe the secret is that there’s no need to search for secrets, or the secret is that the secret is not what you expect it to be.
Recently I told a fried: “Without betrayed trust and distrust there would no art of the novel.”
But sometimes even the author can act as if he is not in the service of his art.