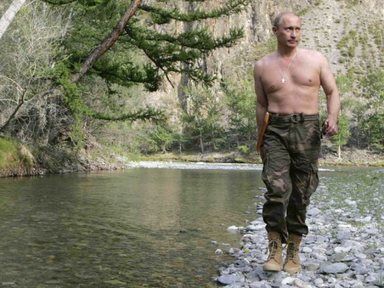 And now something about masculinity, an important topic especially while travelling in Russia:

‘Michael Kimmel stood in front of a classroom in bluejeans and a blazer with a pen to a whiteboard. “What does it mean,” the 64-year-old sociology professor asked the group, most of them undergraduates, “to be a good man?” The students looked puzzled.
“Let’s say it was said at your funeral, ‘He was a good man,’ ” Dr. Kimmel explained. “What does that mean to you?” “Caring,” a male student in the front said.
“Putting other’s needs before yours,” another young man said.
“Honest,” a third said.
Dr. Kimmel listed each term under the heading Good Man, then turned back to the group. “Now,” he said, “tell me what it means to be a real man.” This time, the students reacted more quickly.
“Take charge; be authoritative,” said James, a sophomore.
“Take risks,” said Amanda, a sociology graduate student.
“It means suppressing any kind of weakness,” another offered.
“I think for me being a real man meant talk like a man,” said a young man who’d grown up in Turkey. “Walk like a man. Never cry.” Dr. Kimmel had been taking notes. “Now you’re in the wheelhouse,” he said, excitedly. He pointed to the Good Man list on the left side of the board, then to the Real Man list he’d added to the right. “Look at the disparity. I think American men are confused about what it means to be a man.”’

‘“There is a Pentagon document,” Dr. Kimmel said, “in which Lyndon B. Johnson is quoted saying he didn’t want to pull out of Vietnam because he wouldn’t be viewed as manly.’

A friend alerted me to this interesting article by Jessica Bennett in the NYT; read the article here.

What does it mean to be a real man? Can we avoid gender clichés? Hardly, I would say, at best we can ironize these clichés. That’s why I proudly declare: I’m the Dadaist version of the real man.
I’m the new man.