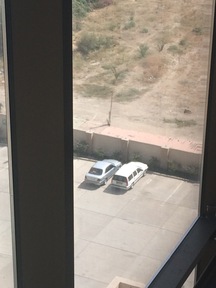 And now something about Tajikistan:

“Tajikistan has not been fully at peace since a civil war in the 1990s. It borders Afghanistan, and for years, the Afghan war has threatened to spill over into the country as the United States winds down its military presence in the region.
The government is wobbly, divided between an authoritarian president and an Islamist opposition group composed of former militants, in a power-sharing arrangement put in place under a 1997 peace accord that never really stuck.
In the unrest on Friday, the government accused one of the reconciled former militants, the deputy minister of defense, Maj. Gen. Abdukhalim Nazarzoda, of siding again with Islamic rebels.
General Nazarzoda, the authorities said, orchestrated attacks on a security service arsenal and a police station, and then fled with about 130 supporters to a mountainous area about 25 miles outside the capital, Dushanbe. He remained holed up there.
Firefights broke out at the arsenal in Dushanbe and later at a police station in the provincial town of Vakhdat, killing eight members of the security services and nine militants.”

Read the article in NYT by Andrew E. Kramer here.

Nearly two weeks after I left Tajikistan the civil war appears to be returning to Tajikistan.
But I still have a car in the capital of Tajikistan, perhaps I will be back in Dushanbe before spring.