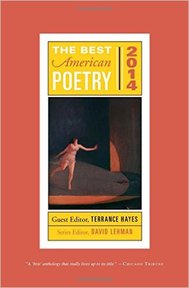 And here’s something on pseudonyms. Jenniffer Schuessler writes in the NYT:

‘“The Bees, the Flowers, Jesus, Ancient Tigers, Poseidon, Adam and Eve” was submitted to the anthology, published on Tuesday by Scribner, by a little-known poet named Michael Derrick Hudson, under the pseudonym Yi-Fen Chou. After the poem’s selection, Mr. Hudson revealed his identity to the volume’s editor, Sherman Alexie, who decided to include it anyway, along with a note explaining the use of the pseudonym.’

‘Mr. Hudson, who works as an indexer at the Allen County Public Library in Fort Wayne, Ind., did not answer messages requesting comment. But in the biographical note in “Best American Poetry,” he explained that he often sent poems out under the name Yi-Fen Chou.
“As a strategy for ‘placing’ poems this has been quite successful for me,” he said, noting that “The Bees” had been rejected 40 times under his own name but only nine times under the pseudonym before it was printed by the journal Prairie Schooner.
“If indeed this is one of the best American poems of 2015, it took quite a bit of effort to get it into print,” Mr. Hudson wrote. (Poems under his own name have appeared in numerous journals, including Poetry, this year.)’

As a white man you cannot claim to be Chinese, just to get published. Fair enough. But can you claim to be another white man?

And can a Chinese poet claim to be an angry white man?

When is assimilation accepted and considered genuine?

When can you claim to have become the other? Can you convert and how?