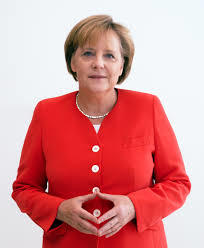 This article by Jochen Bittner is very much worth reading:

'What made the chancellor change her mind in Syria? It’s not just that a majority of Germans, 57 percent according to recent polls, favor military action against the Islamic State. It’s also that Ms. Merkel had to change her course in the Middle East in order to keep her course for Europe.'

'These xenophobic, anti-union views, long relegated to the far right in the West, have broken into the mainstream in the wake of the Paris attacks. Marine Le Pen, the leader of France’s far-right National Front, shares the Eastern European view that the union should be all but dismantled, starting with the Schengen idea of borderless travel. She also shares the broadly Southern European view that the euro is an unhealthy corset that suffocates the breathing of national economies.

Ms. Le Pen was already scoring high in France’s polls before the terrorists hit Paris. And her party was the big winner in regional elections on Sunday, with a 30 percent share of the votes nationwide. The chances that she will be the next president of France are real.'

'The French president, François Hollande, did not invoke NATO’s Article 5 after the Paris attacks. Instead, he invoked the solidarity clause of the European Union treaty, the first leader ever to do so. Ms. Merkel’s challenge, then, is to show that the principle behind the treaty, behind the European Union itself, isn’t an empty promise — for her sake, and for the Continent’s.'

Mr. Bittner may be right, the EU is fighting a highly symbolic war in Syria, not so much to fight IS, but to save the Union, in other words to fight Putin and his far-right allies in Western Europe.