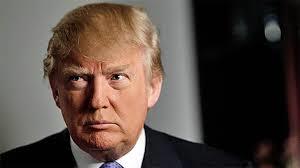 An interesting piece by Kenan Malik om Trump and censorship:

"Donald J. Trump and Maryam Namazie are divided by more than the width of the Atlantic. One is a reactionary, with bigoted ideas seemingly about everyone from Mexicans to Muslims. He is also currently a leading candidate to be the next president of the United States. The other is an Iranian feminist, living in exile in Britain, a fierce critic of Islamism and a defender of equal rights.

What links them is that there are many people in Britain who do not wish to let one or the other speak."

"It’s those who want to challenge hatred, in whatever form it appears, who most need free speech. On both sides of the Atlantic, we need less censorship, more debate."

I'm not sure if we need more debate, but less censorship is definitely a good idea.