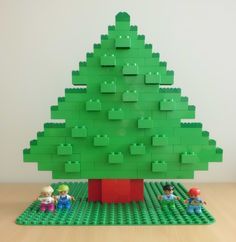 'When I consulted Google, I found that the similarity between Scrooge’s experience and talk therapy has been remarked upon by numerous clinicians (see here, here, and here), as well as by literary critics. At first, it seemed strange to me that such a Jewish discourse should be anticipated so plainly by a Christmas story—one written a decade before Freud was born. But when I thought about it more, it started to seem less strange. Freud read and admired Dickens; his first gift to his fiancée, in 1882, was a copy of “David Copperfield.” Why wouldn’t he have read “A Christmas Carol,” which is so much shorter? O.K., he was Jewish, but he was secular. He had a Christmas tree. When I was little, my parents also bought a tree every year, and we would put presents under it, and it was a little bit magical, even though we weren’t Christian. Wasn’t that a big part of Freudianism: that magic is often displaced, but never destroyed? In the old days, people saw ghosts and had visions, and then Freud came and said that everything was actually memory and imagination: nothing was coming from God or the dead. But that didn’t mean the magic was gone. Maybe it had just been somewhere else all along.'

This is the litmus test for assimilation: do we have a Christmas tree?