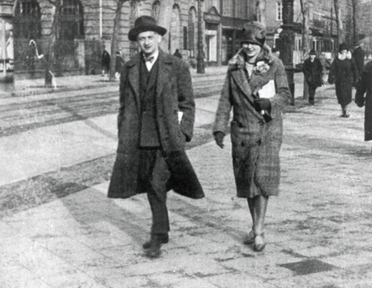 My German publisher sent me the English translation of Volker Weidermann’s book “Ostende: 1936, Sommer der Freundschaft” – “Summer Before The Dark – Stefan Zweig and Joseph Roth, Ostend 1936".
Yes, about Joseph Roth, Zweig, Kisch and Keun among others. Recommended. If you can read Dutch, please read Mark Schaevers’ book about the same summer, the same authors and the same city “Oostende, de zomer van 1936”.

Weidermann writes: “But he [Roth] has had enough. ‘Frau Manga Bell has consistently refused to live according to my rules,’ he writes a few days later to Blanche Gidon to justify himself. He’s plagued by guilt, doubly so because the fate of his first great love, Friedl, his wife, lies over him like a shadow.”

Even brilliant authors should not ask their significant other to live according to their rules. Staying single is an option, or the author can become a bit more flexible. In cases of urgent inflexibility, they always could hire a nurse or a typist or a combination of both.