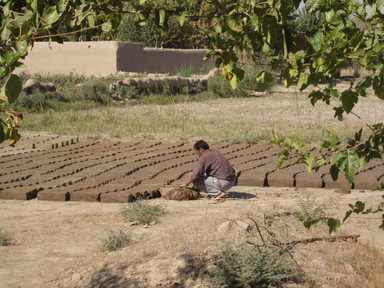 This is a beautiful article by Nicholas Kulish and Christopher Drew in NYT about the death of Cmdr. Job W. Price in Afghanistan:

‘His executive officer noticed that the commander’s Sig Sauer pistol was out on his desk that night, Dec. 21, 2012, where he had never seen it before. By the time Commander Price went back to his room, the photograph of his 9-year-old daughter was gone from his desk. In his trouser pocket was a report on the recent death of an Afghan girl in an explosion near an American base.
When Commander Price, the 42-year-old leader of SEAL Team 4, did not appear for a meeting the next morning with an Afghan general, his men searched in the mess hall, in the showers and finally along the row of berths called the Green Mile. In his room, they found him lying in his sleeping bag, the pistol in his hand, a pool of blood beneath the bed.

His death was shocking: Suicide was rare among SEALs, unusual during a deployment in a war zone and unprecedented for a high-achieving SEAL officer. He became the last SEAL to die in Afghanistan.’

‘Captain Smith, who was in charge of all SEAL teams based on the East Coast, and Vice Adm. Sean A. Pybus, who was then the top SEAL admiral and is now deputy commander of the United States Special Operations Command, visited from Dec. 7 to 9, touring some of the outposts with Commander Price. Capt. Amy Derrick, a Navy spokeswoman, said that Captain Smith said he “did not notice anything out of the ordinary.” Still, she said, he “reminded Price that sleep, nutrition and exercise are beneficial ways to relieve stress in a combat environment.”’

‘For members of his family, questions linger three years after his death. Their doubts were exacerbated, they say, by how few of his comrades visited them afterward and by the difficulty they had wresting documents about his death from the military. They still wonder how no aides heard the gunshot — some recalled only an indistinct noise — in the cramped quarters and whether all the forensic evidence was analyzed properly before his body was cremated.’

Sleep, nutrition and exercise. It may be not enough.

Probably we will never be able to completely understand why certain people snap in a war zone, or outside a war zone, and others don’t. In hindsight perhaps we may come up with all kinds of theories, but in cases like this it’s all about predicting behavior.