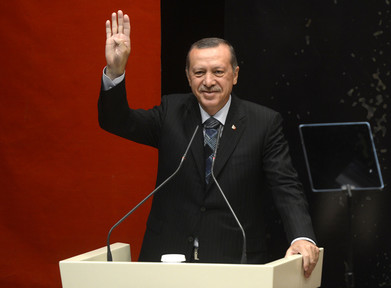 Der Spiegel on the refugee deal:

"But things aren't looking good for the deal, which the chancellor has declared as the only proper way to solve the refugee crisis. Indeed, Merkel's greatest foreign policy project is on the verge of collapsing.

But she could be mistaken. After all, no one aside from the German chancellor appears to have much interest in the agreement anymore. Erdogan certainly doesn't: He does not want to make any concessions on his country's expansive anti-terror laws, the reform of which is one of a long list of conditions Turkey must meet before the EU will grant visa freedoms. The Europeans at large, wary of selling out their values to the autocrat in Ankara, are also deeply skeptical."

I would bet on no collapse.

But at the same time it's clear that the deal is at best a pain killer. With wars in Syria, Iraq and Libya, to name just three counties, refugees will be flocking to Europe. Deal with Turkey or no deal with Turkey.