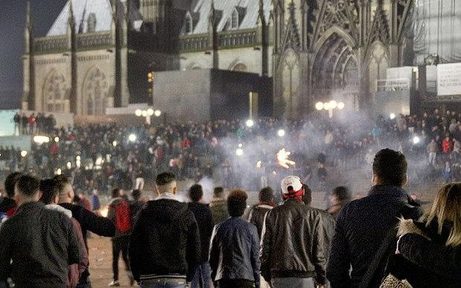 Der Spiegel on refugees and Germany, one year after Merkel's famous remarks:

"Germans were alarmed by the New Year's Eve assaults in Cologne. Had Germany introduced a crime problem by allowing the refugees into the country? Of course, the normal statistical probability also applies to refugees. In any group of a million people, there are bound to be those who do not abide by the law.

But the statistics compiled by the authorities also show that the probability is no higher among refugees than in the domestic population. According to police crime statistics, the number of criminal acts increased by about 4 percent in 2015 over the previous year. The increase was mainly attributable to a rise in asylum- and visa-related offences. If these offences are factored out of the equation, the number of criminal acts remained virtually constant, even though the number of people in the country had increased by hundreds of thousands."

In other words, no need to be alarmed. The normal statistical probability also applies to refugees. People tend to forget this.