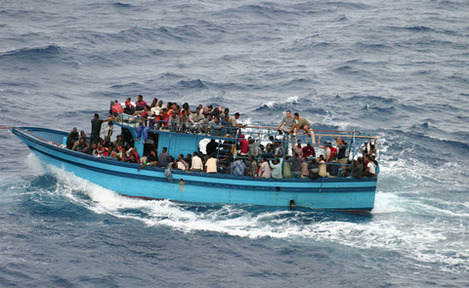 Nicholas Kristof (again) on the past and present:

'“There are parallels,” notes Artemis Joukowsky, a grandson of the Sharps who conceived of the film and worked on it with Burns. “The vitriol in public speech, the xenophobia, the accusing of Muslims of all of our problems — these are similar to the anti-Semitism of the 1930s and ’40s.”

The Sharps’ story is a reminder that in the last great refugee crisis, in the 1930s and ’40s, the United States denied visas to most Jews. We feared the economic burden and worried that their ranks might include spies. It was the Nazis who committed genocide, but the U.S. and other countries also bear moral responsibility for refusing to help desperate people.

That’s a thought world leaders should reflect on as they gather in New York to discuss today’s refugee crisis — and they might find inspiration from those like the Sharps who saw the humanity in refugees and are today honored because of it.'

Helping is one thing. We don't have to welcome refugees in our houses, perhaps that's too much for many of us. But we don't have to actively oppose the refugees, we can abstain from hate speech against refugees. Wouldn't that be a nice beginning?