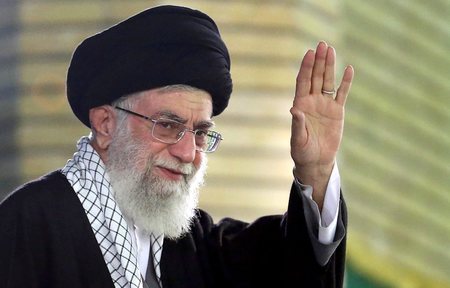 Thomas Erdbrink a couple of days ago in NYT:

'"Ayatollah Khamenei made the statement about Mr. Ahmadinejad during a lecture for seminary students at his office. He was responding to rumors, circulating in Tehran for weeks, that he had barred Mr. Ahmadinejad from participating in the coming election.

“Someone, a man, came to me,” he said, presumably of Mr. Ahmadinejad, in the typically elliptical style of Shiite clerics. “I told him not to take part in that certain issue, both for his own and the country’s good.”

“I did not tell him not to participate,” the supreme leader continued. “I said, ‘I do not find it advisable that you participate.’ ”'

The ayatollah as a supreme oracle, now that's beautiful.